What is a posterior vitreous detachment?

A posterior vitreous detachment is a typically benign eye condition that occurs when the vitreous gel at the back of the eye pulls away from its attachment points along the retina.

Who is most at risk for developing a posterior vitreous detachment?

How is age related to development of a posterior vitreous detachment?

What are the most common symptoms that occur during a vitreous detachment?

The most common symptoms during the active detachment process are flashes of light and the perception of vitreous “floaters” in the vision. Patients will often complain about the sudden appearance of a “floaty” in their peripheral vision.

What are the most common symptoms that occur after a vitreous detachment has occurred?

The patient is frequently left with vitreous floaters in their vision. These floaters can be randomly shaped, near-perfect rings, or strands that patients often liken to “cobwebs.”

How should symptoms of a posterior vitreous detachment be managed?

Because a retinal detachment or retinal tear share the same symptoms (flashes and floaters) as a posterior vitreous detachment, it is important for patients experiencing these conditions to have their retinas thoroughly checked at a dilated eye exam. We recommend a same-day appointment, or being seen as soon as possible, to reduce the chances of permanent vision loss.

What are the potential complications of having a posterior vitreous detachment?

When the vitreous pulls away from the back of the eye, it may pull apart blood vessels. This may result in a vitreous hemorrhage which will typically reabsorb on its own over time. The vitreous may also pull on the retina as it is detaching causing vitreo-retinal traction. This vitreo-retinal traction may give way to a retinal tear which could lead to a full detachment of the retina.

What is done at the initial visit for a posterior vitreous detachment?

At the initial visit, we will perform a dilated eye exam and possibly take photos of the retina, and optical coherence tomography (OCT) scans of the retina to check for evidence of vitreo-retinal traction. If the retina appears healthy and without vitreous interaction, then we will monitor the vitreous detachment for changes. Our doctors typically will have the patient return approximately four weeks later to re-check the retinal health. If the patient notices any changes in symptoms after their initial visit, they are asked to return for further evaluation immediately.

If a posterior vitreous detachment leaves the patient with exceptionally annoying or large floaters it the vision, is there anything that they can do about them?

Please call our office today at (303) 450-2020 to schedule an examination to determine the cause of your symptoms.  Remember that experiencing flashes of light and floaters in your vision is considered an ocular emergency so while our website allows you to schedule an exam online, we recommend that you call to be seen the same day, or visit the emergency room to rule out retinal complications. 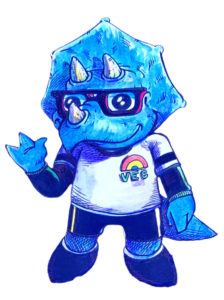 We have a new mascot, Chip, to promote safety at our office.

Vista Eye Care is here to help you with eye emergencies! https://vistaeyecareco.com/eye-emergencies-foreign-body-trauma-or-pink-eye/

Hi Twitter! Protect and enhance your central vision with EyePromise® Zeaxanthin! Learn more and shop at the link in the bio.

Hi Twitter! Want a natural dose of Lutein & Zeaxanthin? Fill your plate with tons of green vegetables like kale, broccoli, and zucchini!

As a gamer, musician, actor, and father, @jordanfisher doesn't take shortcuts when it comes to his eye care. Because while there are so many things we can do on our screens, getting an exam with a doctor of optometry isn't one of them. https://bit.ly/3v1qAye #EyeDeserveMore

We received a very kind note from a patient and I

Vista Eye Care is happy to offer Johnson and Johns

We had a great time at #oceanprime in Denver last

We had a great visit from the team at #yellowdogde

We are excited to have our doctor-technician meeti